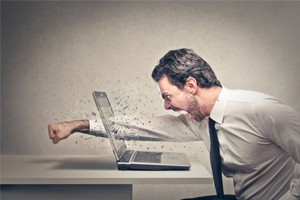 Everyone feels angry at times and this is often due to life stresses such as money worries or difficulties in relationships.

It’s important to realise that anger is a normal process that has allowed humans to evolve and adapt. It isn’t a bad thing in itself, but problems occur if it isn’t managed in the right way.

When anger becomes too strong, happens too often, lasts too long, spoils relationships or work, and in particular if it leads to violence or aggression, then anger becomes a problem and should be addressed.

From mild irritation to intense fury and rage, the physiological results of anger can vary. Heart rate and blood pressure go up as our body is getting ready to ‘fight’ or ‘flight’.   However, even when the anger is resolved, we may still have to deal with the physical effects because all that energy has to go somewhere. This may be taken out on another person, such as a partner, or object.

Anger is caused by our reactions to things happening around us or by our own thoughts and worries. Anger usually occurs after a trigger of some kind. It’s a message from our inner self telling us that something is not right. It is important these messages are not pushed down and forgotten about. They need to be heard and acted upon in a safe and professional environment, such as counselling.

The following thinking errors may make our anger worse:

When working alongside clients with anger problems, I look at what it is that triggers their anger and how it impacts on their life, and then offer a range of strategies to help change their response to those triggers. For example, keeping a journal can bring clarity and prevents the person from internalising their anger.

Rather than being at the mercy of your emotional reactions, I can help you to choose alternative ways of behaving and responding to a situation or person.

Don’t know how hypnosis worked!! but it did now I feel so much more confident in life

I never understood why I had so much anger? Thanks to James I do now and he’s helped me understand I can express this emotion in other useful ways like taking long walks. I really feel the beginning of not feeling angry all the time!

I laugh now thinking back over our sessions together. James got me to stop using the ‘But’ word and explained this word was keeping me stuck in life. He was right! I liked that James always put a smile on my face and that was new to me.

James understood and helped me to realise not everything was negative in my life. By showing me that it helped remove my dark depression and got me back to work. Thank you!

I felt so lost and confused when I first went to see James. Working together for a time, life began to become so much clearer. Then I could see what I needed to change for the better. Now I have a smile on my face and feel great!

James supported me when I was at my lowest after my dad died suddenly. I will always be grateful for the help and support he gave me.

No one understands me. But James does

For general enquiries and for booking therapy sessions please call.