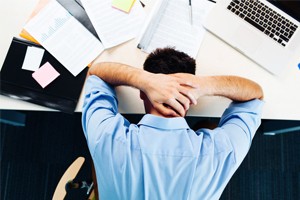 It is estimated that one in 20 people in the UK suffer from some form of personality disorder. In most cases this will be fairly mild and will not cause the individual many problems.

However, in some cases personality disorders are more severe, and wind up causing problems for the affected individual in all aspects of their life.

If you think you or your loved one is suffering from a personality disorder, finding out about the different types can help you determine whether counselling or more intensive psychotherapy is required.

The numerous varieties of personality disorder are generally grouped into three separate bundles, which can be simply called suspicious, emotional and impulsive, and anxious. Suspicious disorders are those in which people have trouble relating to others because they believe they have hidden motives or are trying to “use” them. This can manifest as anti-social, schizoid, schizotypal or paranoid personality disorder. These also each have defining characteristics, such as the difficulty forming close relationships common in schizoid personality disorder and the impulsive, reckless behaviour common in anti-social personality disorder. A therapist will usually start with an initial assessment to determine the general type of disorder, and then work to pin it down to more specifically.

Emotional and impulsive disorders are generally related to dramatic behaviour and rapid mood-swings or shifts in opinions. The three emotional and impulsive disorders are borderline, histrionic and narcissistic personality disorder. Borderline personalities suffer from mood swings, impulsive behaviour and angry outbursts. They generally don’t have a firm sense of self, and are likely to have a history of tumultuous relationships. Histrionic and narcissistic personality disorders are very similar, as people with either crave attention. The main difference is that those with histrionic personality disorder will go to more effort to attention-seek through behaviour, whilst those with narcissistic tendencies will genuinely believe themselves to be superior, and will resent the successes of others. Counsellors can use similar techniques for disorders in the same class.

Anxiety-related disorders present different issues for therapy. Individuals suffering from them are more likely to approach life with a general sense of fear, which often results in social withdrawal. Those with avoidant personality disorder will feel as though they are somehow inferior to other people, and go through their lives expecting constant criticism. Dependent personalities feel like they need others in order to function, and also suffer feelings of inadequacy and low self-confidence. Obsessive-compulsive personality disorder is different to obsessive compulsive disorder because it is more related to controlling behaviour and perfectionism.

Finding counselling can make a big difference for those suffering from some form of personality disorder. In more severe cases, psychotherapy may be required to address the deep-seated issues and hard-wired thinking patterns that characterise these conditions. The main difficulty is determining the severity of the problem, and I can help you with that. I’ll assess your situation and give you an idea of your likely treatment requirements. Many different types of therapy are useful for personality disorders, and there are a variety of unique approaches to consider. I can help you decide on the best course of action and get the support you need.

Don’t know how hypnosis worked!! but it did now I feel so much more confident in life

I never understood why I had so much anger? Thanks to James I do now and he’s helped me understand I can express this emotion in other useful ways like taking long walks. I really feel the beginning of not feeling angry all the time!

I laugh now thinking back over our sessions together. James got me to stop using the ‘But’ word and explained this word was keeping me stuck in life. He was right! I liked that James always put a smile on my face and that was new to me.

James understood and helped me to realise not everything was negative in my life. By showing me that it helped remove my dark depression and got me back to work. Thank you!

I felt so lost and confused when I first went to see James. Working together for a time, life began to become so much clearer. Then I could see what I needed to change for the better. Now I have a smile on my face and feel great!

James supported me when I was at my lowest after my dad died suddenly. I will always be grateful for the help and support he gave me.

No one understands me. But James does

For general enquiries and for booking therapy sessions please call.